When the Dinosaur came to stay 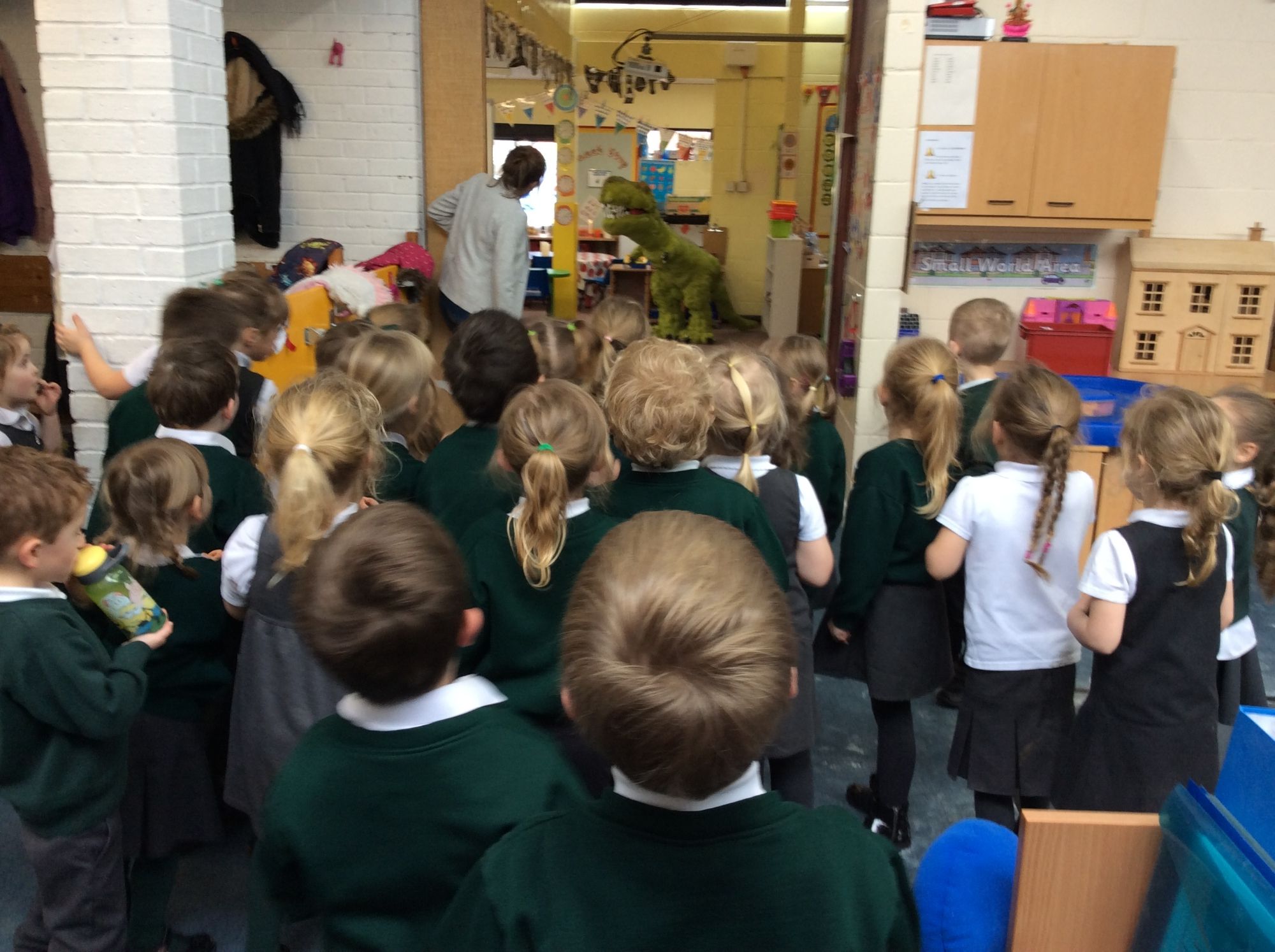 The Dolphins and Turtles class children discovered a space ship had crashed landed in our nature area.  We found dinosaur footprints, poo and an egg! 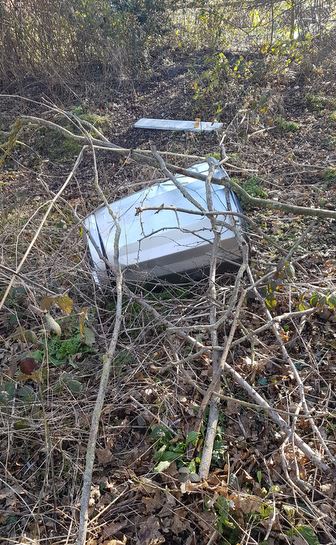 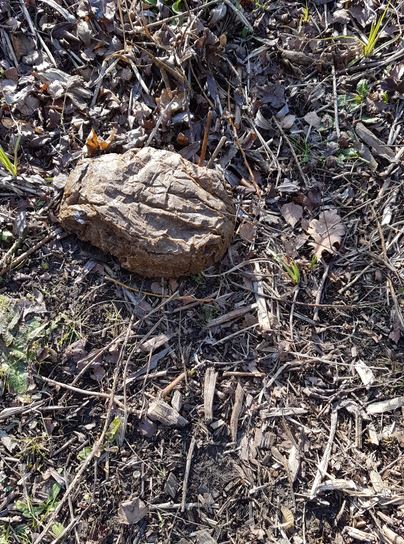 We brought the egg back to class to take care of it, whilst we tried to work out where the dinosaur had gone.  Good job we did too because a couple of days later it snowed!

The children created missing posters and thought about what type of dinosaur was inside the egg.  Then we received some photos of the dinosaur out and about around Warboys – imagine! 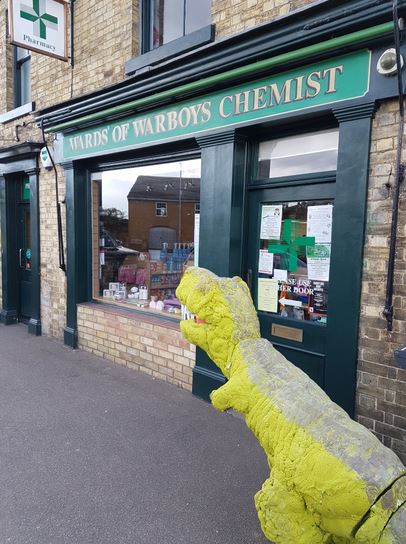 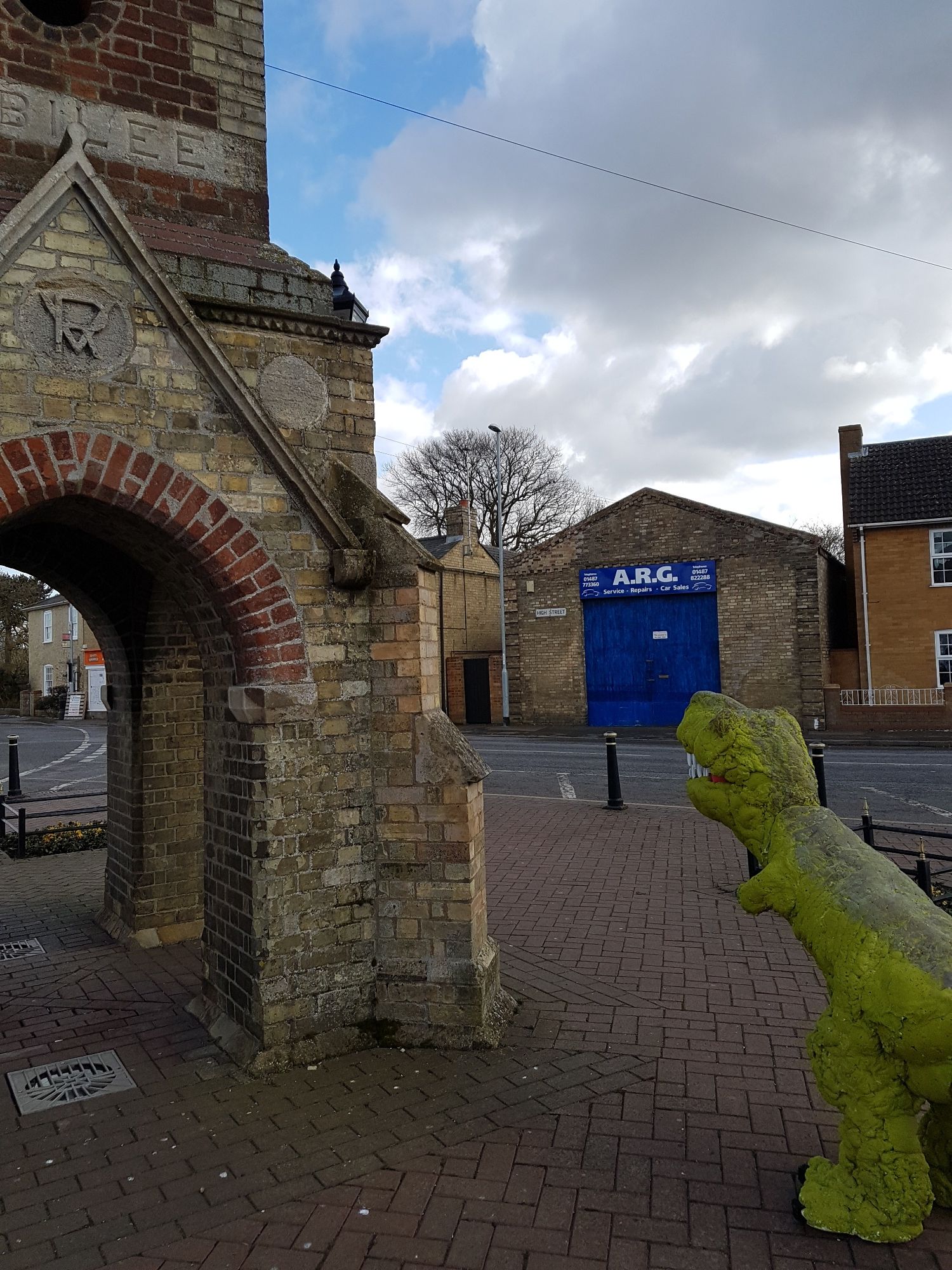 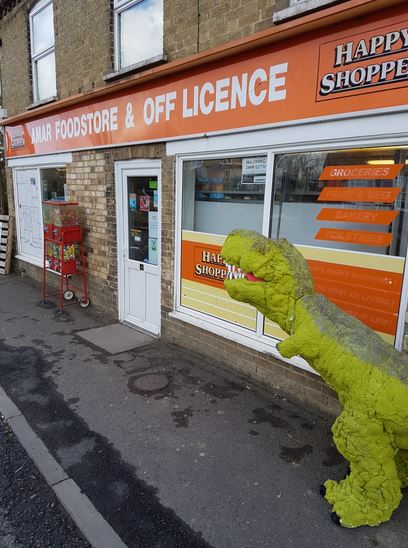 We discovered that the dinosaur was a T-Rex, and that she liked bread rolls and knitting! 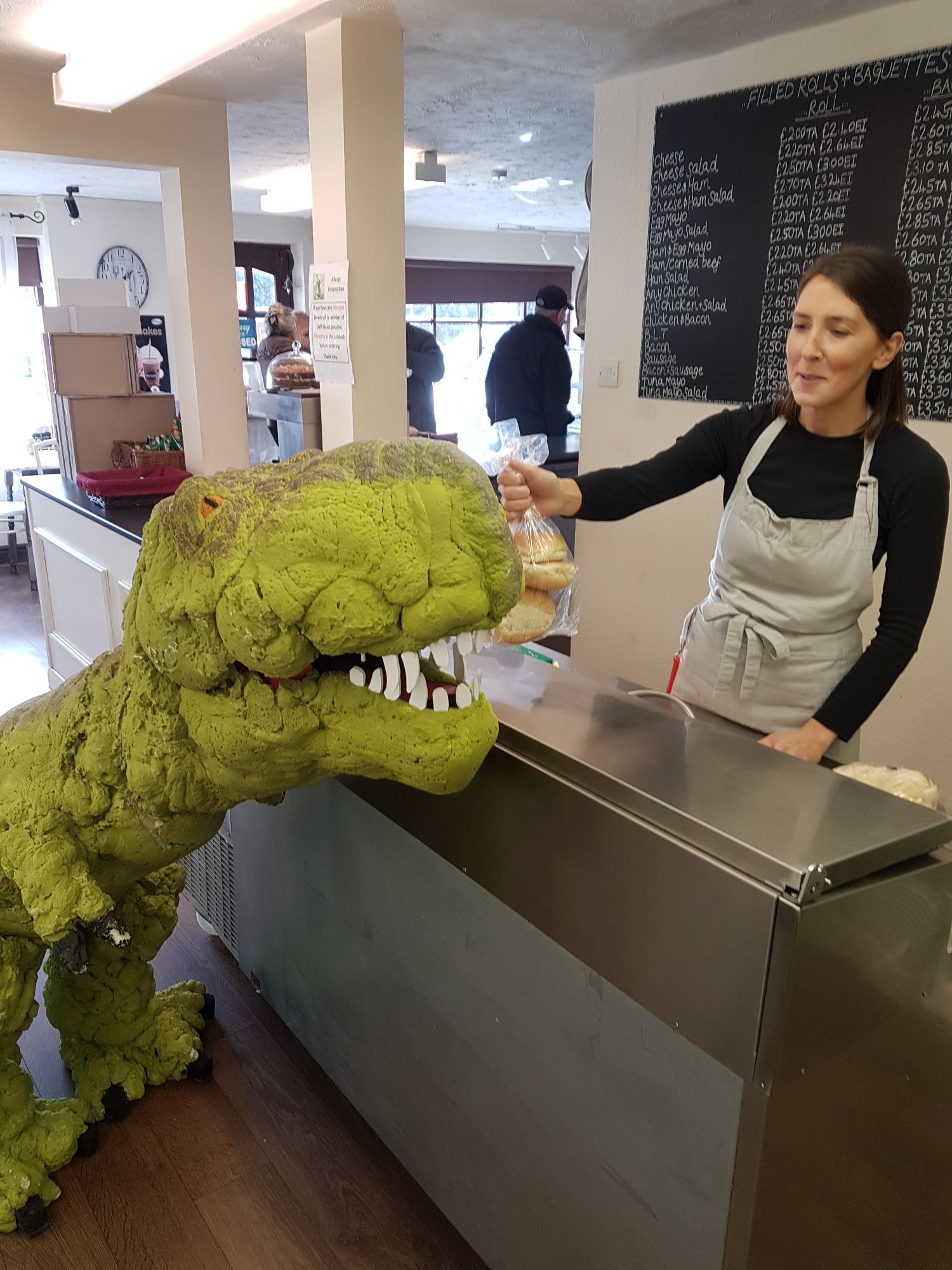 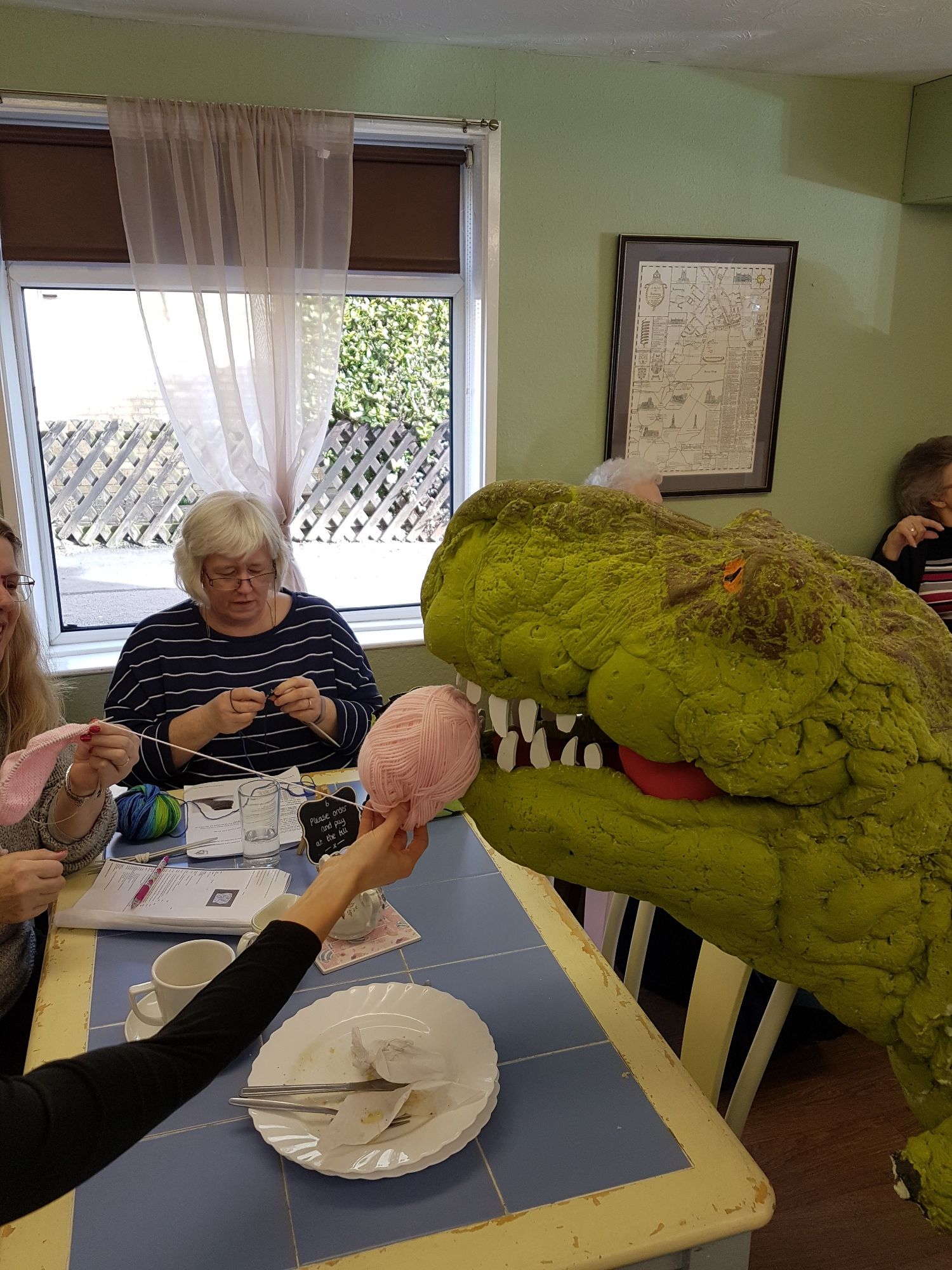 The dinosaur finally returned to school when the egg had cracked. The dinosaur is named Fi-Fi, and she is very friendly.  Apparently she had been looking for spare parts to repair her spaceship. 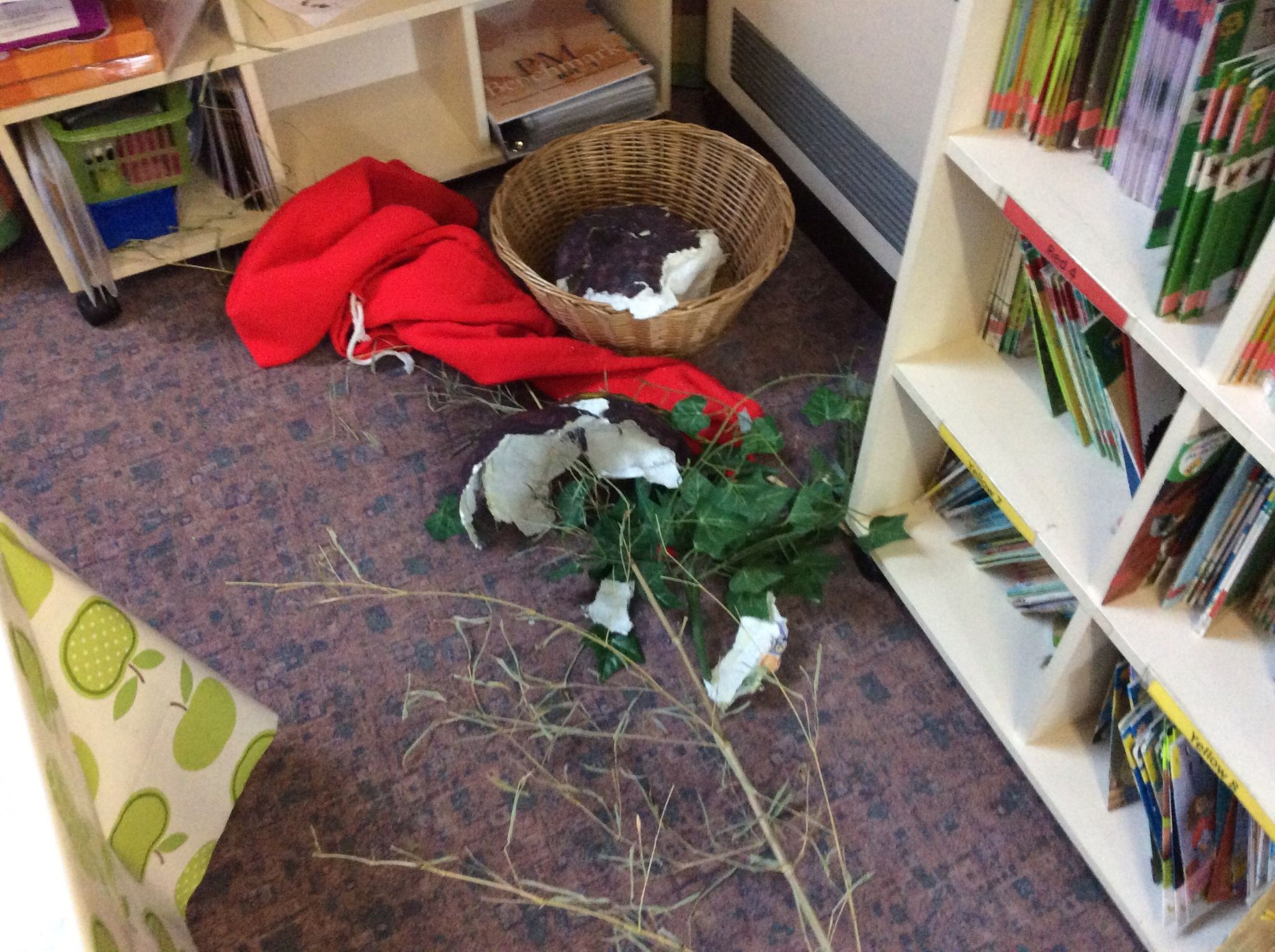 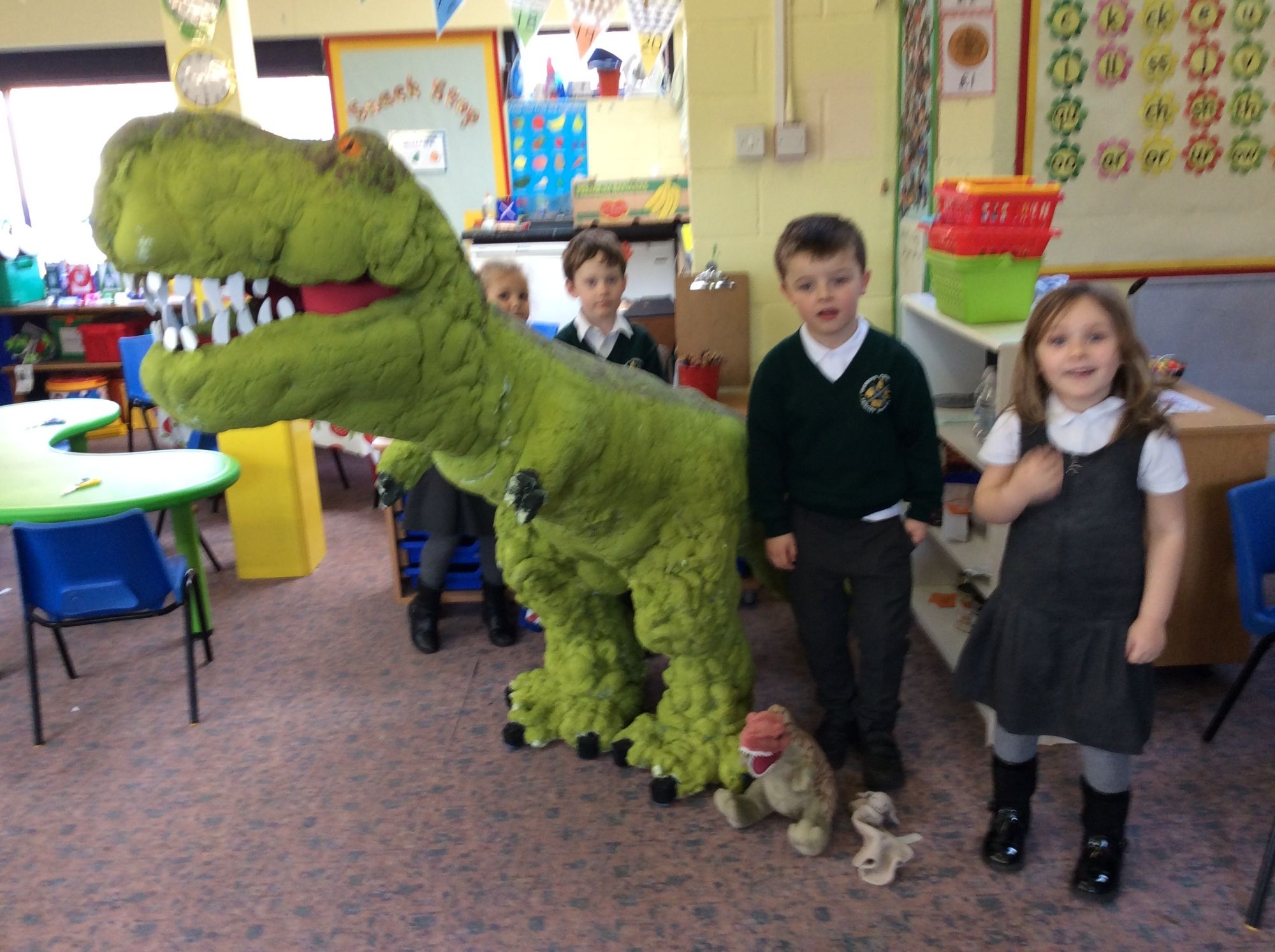 Unfortunately though her baby has gone for a wander!

So, if you see a baby dinosaur in the village, then please can you let the EYFS children know?...